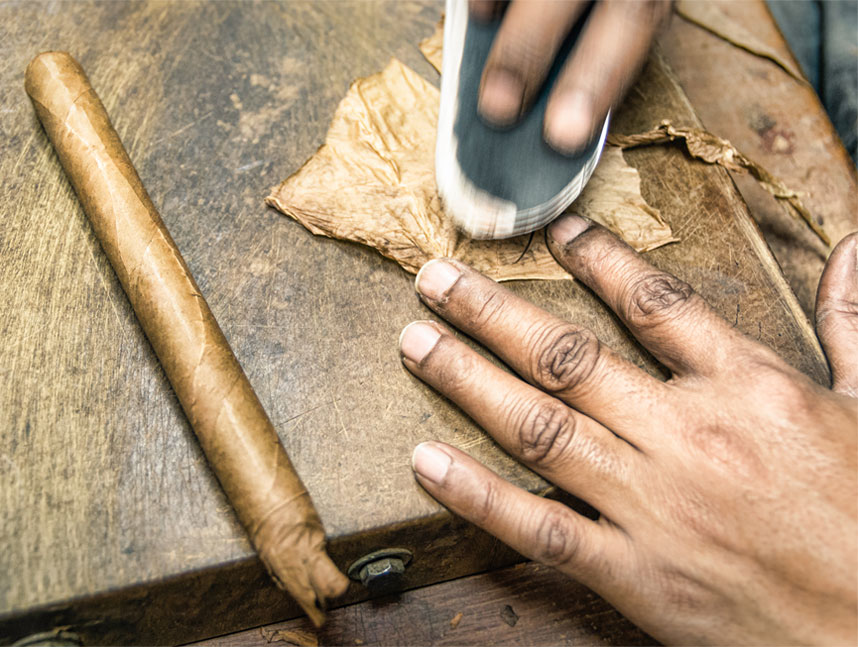 While Jamaican cigars closely follow the hand rolling traditions followed by most of the industry, the tobacco itself is what makes them so distinctly unique. Jamaica’s soil hasvolcanic properties as it is believed that the island and several surrounding ones were formed from numerous volcanic eruptions. Due to this rather unique formation and itshistory of multiple submersions, the island is comprised of igneous rock, metamorphic rock, limestone and the infamous sedimentary rock- Bauxite.

Climate and soil are the two determining factors in tobacco characteristics. Jamaica shares similarities in soil composition and climate with its neighbor, Cuba, making Jamaican cigars quite similar in the rich yet smooth taste that is characteristic of cuban cigars.